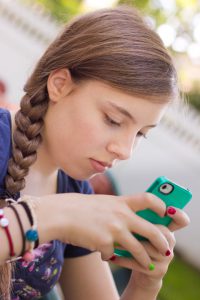 The number of smart devices available on the market is growing rapidly including stand-alone devices, such as tablets and phones, with many being used by consumers to monitor health. Wearable gadgets that link to smart devices also help users keep track of certain aspects of their lifestyle (e.g. exercise). Whilst it appears there is a real market for these devices, are they just for the health conscious?

There is increasing recognition that personalised approaches for lifestyle modifications might be more effective in helping people establish healthier eating patterns and take more exercise. One of the aims of QuaLiFY, an EU-funded project, was to support those trying to address poor compliance with dietary guidelines and recommendations.

Adolescence is a time of rapid growth and development when total nutrient needs are higher than at any other time in life, meaning an adequate intake of nutrients and energy is critical to development and health later in life. Dietary behaviours established during this period persist into adulthood with long-term health implications. Actively recording food intake can bring about changes in diet, but the process can be labour-intensive and difficult to maintain. Adolescents are a particularly difficult group to engage in completing diet and exercise records, and may have difficulty in perceiving the long-term health implications of risky lifestyle choices.

As part of QuaLiFY, a study assessed the usability, acceptability and perceived effectiveness of a smartphone app for recording of food intake and exercise amongst UK adolescents, as compared to a more traditional paper-based approach. Participants aged 16-19 years from higher and further education colleges recorded food intake and exercise using a paper-diary over a minimum of fours weeks and, following a short break, used the smartphone app for the same duration. Researchers conducting the study provided dietary education for participants at the start, based on government guidelines, along with educational materials reinforcing the messages. General support was provided during the paper-diary use, but the use of the smartphone app included targeted messages sent direct to participants in response to their app activity.

The study hoped to establish whether recording food intake and exercise helped adolescents to modify their lifestyle, and whether there are any differences between using a paper diary compared with a smartphone app.

You can read more about the study and outcomes here